I was home for Christmas last year and few days before getting back, I was confronted with the ever frequent decision of what hair I was going to make for the next few weeks, and so as always, I created a mental picture of what I wanted and landed in the salon.

As I sat staring at my image in the mirror I decided I didn’t want to do what I had planned to do cause I realised it would take so much more time than I had expected because I was working with a schedule, so when I was approached and asked what I wanted to do, I responded showing a picture and saying I just wanted something that would last a while cause I’m not a fan of changing hair too often just cause of my soft scalp.

So she goes “Hmmn, how about I do you faux locs? It could last you up to 4 months”. I had heard of faux locs before but my reservation with it was the weight of it as well as the loosening part, so I politely declined, but it seemed she was heavily bent on doing this hair for me so she kept pushing, saying that its not hard to loosen and all, owner of the salon even came and joined her, persuading me that they’ll teach me how to loosen it. I knew myself, my capabilities and in that moment, what I wanted too, so I really just kept turning them down, until she gave up and got a comb to start making what I really wanted!

Have I just told you a random salon story for no reason? Oh no guys! I want to show you something.

I was reading David and Goliath’s story again, for the umpteenth time, i’m not sure what drew me there but I was back there and digesting the story all over again and my eyes stopped at verse 38-39 of 1 samuel 17.

Then Saul dressed David in his own tunic. He put a coat of armour on him and a bronze helmet on his head. David fastened on his sword over the tunic and tried walking around, because he was not used to them.

“I cannot go in these,” he said to Saul, “because I am not used to them.” So he took them off.

This was the time Saul had reluctantly and desperately agreed to allow David go face Goliath. So here was Saul, arming David best as he thought in the royal armour as well as a sword. So David wears them, excited or not, that he was in a warriors uniform for the first time, and dressed by the king himself for a battle they didn’t even believe he could win, but while rounding up tying the last bow, he realises how constricting it is, he realises how strange it felt on his body and he deeps that ‘As exciting as this is, if I go face this guy dressed like this, i’m setting myself up for disaster’. So what does he do?

He tells The king honestly that He can’t go to fight dressed like that because he is not used to it. And The King, realising that this kid was basically doing them all a favour, gave in and agreed that he took it off, i’m sure already mentally preparing the gifts he’ll present to David’s family when the giant had trashed him.

Have you been in situations where you felt that you could not speak your mind because of what was at stake or the parties involved in whatever it was?

Have you heard the saying to ‘say yes and learn how to do it later?’

Have you given into the suggestions of people for fear of what they’ll do or say if you didn’t go with them?

I think it happens to the best of us. Exaggerating our abilities just to fit into a certain box and when we’re asked, some of us even go as far as defining it as ‘having faith’.

I looked at verse 48 and realised why David had to decline that armour.

As the Philistine moved closer to attack him, David ran quickly toward the battle line to meet him.

I tried to picture mentally what would have happened at this point had David given into Saul’s opinion to wear the armour. How would He have ran?? In my mental picture, I saw David struggling terribly to take a single step, I saw him thinking whether or not to use the sword or the shield first and I saw him tripping all over and landing on the ground, long before the giant even got close.

That’s most of us when we say yes to things we’ve not been prepared for, when we agree to something just to impress others, when we try moving ahead of God to get to the places we feel we deserve to be, even when God has not given His consent.

It’s okay to admit not being properly equipped for something, it’s okay to reject advice and suggestions when they go against what God has told you and it’s very okay sometimes to stick with what you know works than try to woo whoever by going for the unfamiliar.

Like David, be bold enough to speak to whatever authority and choose what you’re familiar with, over whats gonna make you look good temporarily, so you don’t end up like the David in my mental picture.

I was also excited after my hair was done, seeing as I stuck with what I wanted over heavy-hard-to-loosen faux locs! lol

For those of you who don’t know what Faux locs is, here’s a picture

Ps. The faux means artificial, something made in imitation. You’re welcome! 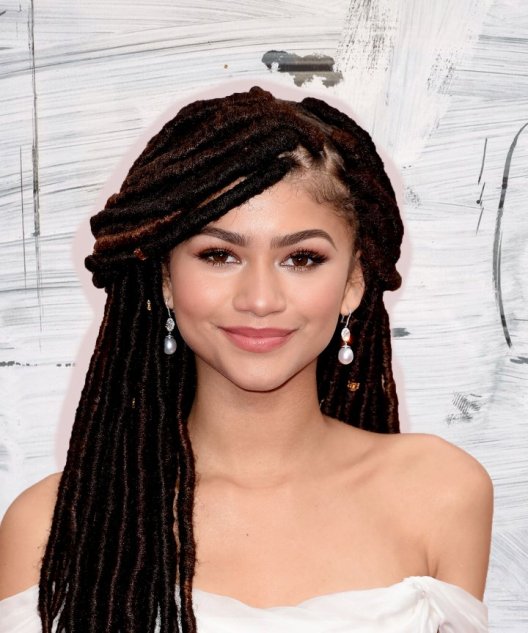 4 thoughts on “What does the Faux in Faux Locs mean?”