I’m convinced that the Spirit of God comes with some key elements in an atmosphere that makes a place fit to be called ‘God’s presence’, and I think it is key to be in tune with Gods Spirit in a place rather than assume every emotional response is an indication of Gods presence in a place.

We’ve probably all been there before, been in a place of worship or prayer and we see people crying, wailing or even shouting and we conclude it is definitely a place saturated with God’s presence. While sometimes, it might be true that God’s presence is in a place, most times, I’ve found that people are just responding emotionally to an emotional environment and message. Reminds me of a story of Katheryn Kuhlman I had read earlier in the year.

Before she got divorced from the man she was convinced was her life partner, being the wife of the Pastor, she would sit in front during his ministrations in church and she would be in tears and soft sobs and it was funny cause the media and the congregation always interpreted it as her being under the anointing and being moved by Gods spirit, meanwhile, after her divorce, she explained that the man had literally stopped her ministry and had used her to further His own, but what was most painful was that even in doing God’s work together, He still kept stifling the ministry of healing within her, so when she would sit in front of church and cry, it was more of regret and wonder at ‘what if I didn’t marry this man‘, she cried before the congregation unconsciously when he preached at the realisation that she had allowed her flesh lead her into a place that the ministry God had given her had been hindered by a man she had given permission to, as a result of their joining in marriage.

This little example and several revelations of the Holy spirit has helped me understand that tears, shouts and sobs are not always indications of God’s presence in a place.

I’ve been on my retreat in the last couple of days and I was fortunate to attend another retreat away from home for 4 days out of my personal retreat. It was situated in a camp well away from residential settlement and on the last day, I sat with a couple of friends I had made and we talked about how those 4 days were some of the most vulnerable and honest days we had encountered all year. God’s presence had so saturated this camp that everyone there was familiar and safe space, we had conversations, talked about issues and problems that you would never have with strangers or people you had just met. We prayed together at random places, received prophecies at the weirdest locations and felt the peace of God in every step taken on the ground. I was standing on the line for my lunch on one of the days and a man literally tapped my hand from the back and dropped deep revelation knowledge and prophecy with regards some things God has already told me for the coming season of my life, when he was done, he said “The Holy Spirit told me to tell you that“. My heart was so full and warm and I later realised that it was not just me experiencing these things, God’s presence was strong there.

I’m not about to list the indications of God’s presence in a place because I honestly don’t have power to limit God in that regard, remember God’s appearance to Elijah on the mountain? The bible says “He was not in the wind, He was not in the fire and He was not in the earthquake but in a still small voice“, God has appeared to others in fire and some others in the strong wind, so this scripture didn’t really mean that God always came in a still small voice, for Elijah, in that moment, that was how God chose to reach Him.

I just want to encourage us to be sensitive of God’s Spirit in a place, it is like this; because we carry God in us, when we walk into atmospheres that He is also present in, the God in us bears witness with the God in that atmosphere and that’s how we make room for the move of God.

It was really nothing like I’ve ever experienced before and i’m excited that 2020 is filled with more of such environments and experiences for all of us.

It is literally 14 days to end the year, hope you’ve taken time out to review this year and plan for the coming.

In their hearts humans plan their course, but the LORD establishes their steps. 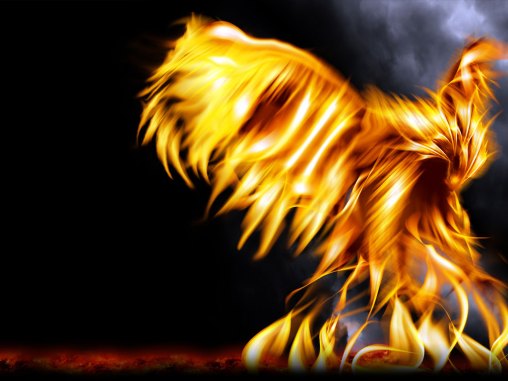