I personally think it can be a disadvantage to know something for so long.

For some reason, it begins to move to a point you’ve known it so much, you don’t value it’s potency or realise it’s true meaning. A lot of times it is unconscious really so no shade at anyone.

If I got a penny for anyone who answers ‘yes’ to the next question I ask, I bet I could be so rich because i’m certain we’ve heard it time and time again.

Have you heard anyone say ‘Don’t judge a book by it’s cover?’…

I bet you have. So yes, if wishes were horses, i’d be a rich woman in a second.

I lazily got out of bed this afternoon and realised I needed to get out to get some food stuff because I just had today to get it, seeing the shop doesn’t open on Sunday’s and I’d really be lying to myself if I said I would want to do something as tedious as cooking on a Sunday. This realisation had the best of me and I got out, got ready and called an Uber.

I was looking a tad scruffy because I genuinely didn’t plan to go out plus I had my flip flops on and had a facial expression that expressly revealed how I really felt stepping out this afternoon.

My Uber driver arrived, I got in and said hello. He barely responded as the trip went on.

I needed him to wait for me to get what I wanted at the shop so he could bring me back immediately because I really could not bare waiting another five minutes or more for another Uber to get to me.

Now, the very simple challenge I had was actually opening my mouth and saying this to the person who could actually help me out, that was a shoulder-arms length away from me.

Because i’m a human beings and I pick up vibes and read expressions even without someone speaking, I could tell that my Uber driver either was having the sort of day I was also having or he really just didn’t want to be disturbed.

So I sat at the back for 5 minutes, wrestling with myself whether or not to ask him to wait. I concluded he would probably say no and tell me i’d need to re-book another Uber. So I already mentally planned to do that.

A few feet away from my stop, I strongly felt I should just ask, I had prepared for the ‘no’ and made plans for the return trip, so I could complete the story and tell myself ‘I told you’. So I asked him.

“Please would you mind waiting for me to pick up a few things so you can take me back home?” I was looking at him from the rear view mirror anticipating my expected answer.

And he said “sure of course, it’ll save you time than if you had to call another Uber when you come out”.

I bet he noticed my hesitation because I genuinely couldn’t believe what he had just said but I found my voice and responded an overly excited “Yes, Thank you”.

I got to my destination, got out, went into the store, got what I needed, got out, he came out and got my stuff in the boot and I got back in the car, en route home again. I could not help thinking about how everything had transpired contrary to what I had thought in my head.

I forgot to add that I had even planned to rate him poorly for not being friendly because he made me feel really uncomfortable at the start of the trip by not responding to my hello or even sparing me a hi.

I got home and I made sure to give him an amazing rating because he reminded me the saying to not judge a book by its cover, added to the fact that he changed my outlook on the day and got me excited of how wrong sometimes out perception of people and things could be at first.

I bet right now, there are people we’ve written off for various reasons and they could be really valid reasons you may have done that but I want to remind you too not to judge a book by it’s cover. Go on and ask, say or do what you want to do and be possibly blown away by the reaction of the person as I was in my situation.

On the flip side, lets just try to put good covers on our books so we don’t keep people double guessing our content.

If you really were a book, what would your cover look like? 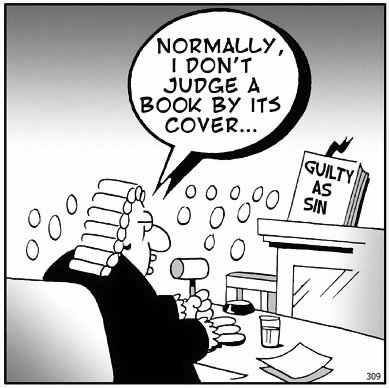