I had a very close friend whom I really loved and daily learnt a lot from.

We had met randomly and I remember the first day we started talking, he was joking about asking me to marry him and obviously it was banter, or so I thought.

He is rooted deeply in God and I really admired that so much about him, along with his tweets, posts and really uplifting messages.

Our friendship was full, especially because God was in the centre of it.

I wasn’t having any ulterior thoughts or motives regarding our friendship, I wasn’t thinking “oh, I’ll be close to him, maybe later we’ll get married”, I honestly didn’t even think our friendship would grow to one of romance so when he came asking me out, I was really shocked and really not sure what to say or how to say it.

He was convinced I had reasons for not saying yes, but the only reason I knew was that I hadn’t felt God lead me in that line but he couldn’t understand it and so whenever he brought up the topic and I didn’t respond with enthusiasm and the answer he desired, he would get worked up and throw some tantrums.

As such, we didn’t talk often any more, when we did, we would get into arguments over the silliest things. He unfollowed me on social media and when I asked, he did give a cogent reason, especially seeing the person he is.

It went downhill from there, when ever we got to speak, I was trying to keep it neutral and full of banter but he wasn’t having it, always wanting to get to the “why our friendship was not the same anymore” talk, which always left me struggling as I didn’t want to get to the relationship talk.

Eventually, I gave up, the arguments became too frequent, I got where I decided that if he couldn’t be friends with me without a relationship, I would have to walk away, however, never for once did I stop seeing him as the extremely Blessed and wise man of God that he really is.

Why have I written this?

It’s cause this wouldn’t be the first time I’m loosing friendship to “lets start dating”.

I’ve had to cut off friendships because the people couldn’t be friends with me without wanting more, I’ve lost amazing people who’ve thought I was patronising them for talking to them.

Especially the ones in the body of Christ, and for me, frankly it is scary!

Anyone who really knows me knows that I’m strongly anti-feeling and no, it’s not because I’m a rock or robot, it’s because feelings aren’t influenced by the spirit of God, they are usually in response to stimulus, thoughts and actions of the flesh.

And several years ago, I committed to living a life of spirit over flesh so when I have feelings that don’t tally with my spirit, my first reaction is to ignore.

God will lead you to so many people who will bless you, physically, mentally, spiritually and emotionally, our response as humans to that is one of love and care but we can’t mistake this to mean Eros love. We can’t try to elevate it also to Eros love, we must entertain this godly love and care until our spirit (influenced by the spirit of God in Us) agrees to upgrade it to an Eros level.

This is a daily struggle with most young ladies and Men in the body of Christ, and I think if we talk about it together, we might beat the devil out of leveraging on it and killing godly impactful friendships. 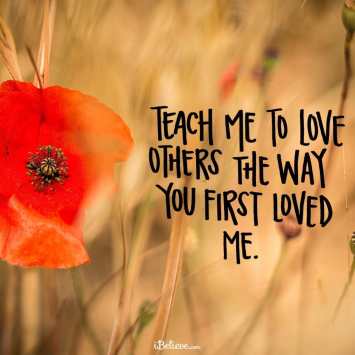