Several months ago I had a conversation with someone over a statement I made in a post, I said ‘Good isn’t always God but God is always Good’, and My friend couldn’t understand how I could separate the two and He kept referencing the verse that said ‘Every good gift comes from God’. I completely got His point but it seemed we were looking at it from different perspectives.

Most times, people only believe that God is not in something when it goes horribly wrong. When things are moving smoothly, we tend to believe that it is so only because God is all and for it and we forget sometimes that the only evidence of God’s approval is Himself, not even the degree of awesomeness something or someone is.

The Spirit of God is the only one who can judge something as God’s will and not just how we feel about it. I shared something with my friend of a time in my life where something came and it was a testimony in the mouth of my family and I but this was not God’s will as amazing and as beneficial as it seemed, and the closer it got to the thing, the more weary we began to sense God’s rejection of it before we finally came to the place of surrender where it was apparent that however testimonial it seemed, God was not in it.

Things could be going perfectly fine sometimes, but don’t conclude that the smoothness is God’s approval. C S Lewis explains pain to be a megaphone that God uses sometimes to get our attention, and it makes so much sense because until there is discomfort, some people don’t feel a need to turn to God.

We need to make it a point of necessity to always enquire God’s will about any and everything no matter what package it comes in and how beneficial it might seem to us.

After God had spoken to Samuel and told him that He had rejected Saul as king, did anyone notice how Saul carried on living his normal life? He didn’t just drop dead, or start to experience bad occurrences, no, Life moved on as normal, and it was only Gods way of preparing David for the throne because David had to learn the culture of that earthly kingdom by simply just being the harp player for Saul when demons began to torment him! Haha! God has the wittiest sense of humour I tell you.

The only evidence you need to know that God is in something is His Spirit bearing witness with your own spirit, anything other than that could be good but not be God.

Everything might seem perfect in your life at the moment, but still, lets enquire of God and hear His opinion on the perfectness of the times you’re in.

In a follow up post, we’ll talk about how the Good/God fearing Men/Women we meet might not be Gods own Good and perfect will for us sometimes.

What a Good God we serve! 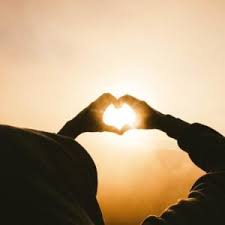