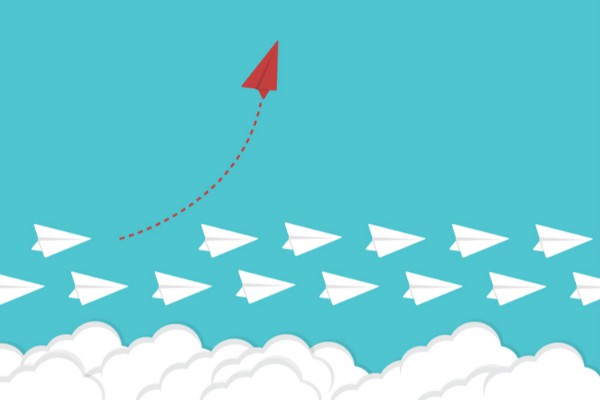 Do we ever go to God with one thing and find that we’re being focused on something else, sometimes in relation to the original request, but most times, in something completely unrelated.

I remember a time in my life when I was praying for my Dad’s salvation, It was a daily prayer request and it had almost become second nature to mention in my prayers. One random day, while praying the exact same prayer, I felt God stop me from saying the words and He began to ask me questions about my dependence on Him (God) and about where I put my confidence in.

It was so random but I obliged and began to do some soul searching and it was not until my dad suffered a stroke and had to leave work that it all began to make sense to me the other angle God was opening my eyes to see.

Similarly, remember when Elijah has been threatened by Jezebel and He had ran away, from fear that Jezebel was truly going to kill him, remember when he arrived under the tree, all depressed, angry and suicidal, telling God to just ‘take his life’. Do you remember God’s reply?

After the very much deserved silence, God sends an angel with food, a lot of food and The angel tells him to ‘eat! for the journey ahead is great’.

When I tell people that God has a very funny sense of humour, they think I’m joking. How can I come crying to you about one issue and your next reply to me is to eat? Can you fathom how Elijah must have been confused? like is this Guy even hearing me at all?!

There’s a similar play of event as well in the old testament where people were off to war and before they go, they would enquire of God on what to do and God will either give the most comic reply that appeared as jokes, or sometimes, ask that the simplest things be done, like raising songs of praise and worship or playing instruments.

Half the time, this leaves us puzzled, like Elijah, were wondering ‘is he even listening to me?’, like me, were asking ‘but God, what is the correlation?’. Frankly, we don’t even see the full picture until it is done.

God is never insensitive or elusive about our feelings and requests, usually, He just recognises that there are moments of human myopia where we see so shortly and from that short sight, were getting overwhelmed. He takes it on Himself to redirect us to the larger picture like He did with me and also with Elijah, by asking those ‘unrelated’ questions which refocuses us usually on the big picture we are not seeing in that moment.

Don’t be scared or surprised if God is redirecting you in your prayer time, or if you get up after praying and God is leading you in a whole new direction. As long as were sensitive of His leading, we’ll be fine. There’s no better place to be than in His perfect will.

2 thoughts on “Eat and stop crying!”