I wrote a post in the past, which can be found here, where I spoke about how a Lady I once worked with wanted to build the rest of her career in that company we both worked for and how I knew from the first day I started, how temporary that role would be, it was just for that season of my life, by it’s nature and also looking inwardly.

I remember I expressed my shock the first time I heard her say to a senior manager that ‘You have me forever’ and she was not even joking, I could see as time went on that she found fulfilment working there and the conclusion was that the purest happiness will come from doing and being where you are destined to do and be. Which is why comparison and competition will forever be the greatest killer of true fulfilment.

Today again, I am reminded of how we all want different things in this life, of how aberrational it is for us to compare our desires with that of our neighbour knowing fully well that we are not even the same people, neither are we going to the same place however similar our lives might look.

I was speaking to my aunt a while back and she’s been a stay-at-home mother/entrepreneur for as long as I can remember, she loves that life and i’m a witness to how much she’s flourished in this seemingly ‘small’ office as society might see it, so one day we were having one of those heart-to-heart and she said from when she was younger, all she really wanted was a stable and happy home, for her, it was less about her career and just all about her family. And she has exactly that! A happy and stable home.

I’ve equally spoken to women who were more career driven and want a successful career, even before a family home and I think if that works for them, there is little or no problem, I dream of a world where young people will be able to discuss their dreams, however different they will all be and laugh and support each other through them and not feel insecure of intimidated about the life someone else envisages for themselves.

Similarly, I sat with someone yesterday as well and we were talking about a family we both knew and I was like ‘they literally go everywhere together’ and my friend was like, ‘yes, that is what it should be’, and I brought her attention to the fact that it could only work this way because of the nature of a lot of factors including that the woman doesn’t exactly work independently of her husband, rather she supports him in his own business, and I just wanted her to also see how it would play out differently for another woman in another setting.

I began talking about how I don’t really see my husband and I like that, but this didn’t mean we won’t be close and know each other’s business and we got in a mini back-and-forth on ‘how it should be’, but same conclusion was derived, down to what a person wants, and no one having a right to tell anyone what they want, but the disadvantage with that is you end up dancing to the music you play for yourself so godly wisdom and discernment must be applied.

The best version of yourself is the version God had and still has in mind before He even created you. It is not the version your parents or the media have sold to you. It isn’t even the version you yourself has crafted out, so please commune, fellowship and enjoy the presence of the One who’s created you, He knows best where each of us will flourish our best. 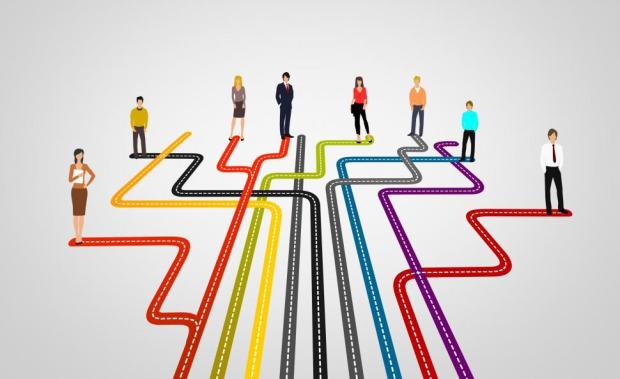