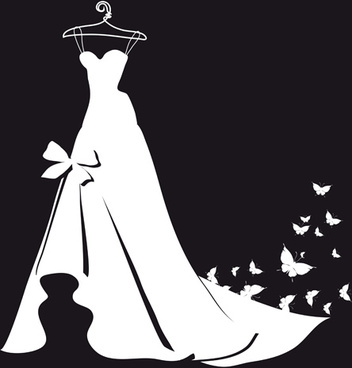 Today I got thinking about where I was this same time last year, I do this often to just remind myself of God’s faithfulness and also to observe my growth, as I thought back, I remembered I was getting ready for my trip to Asia which would last 2 weeks.

While thinking on it, my mind drifted to a particular conversation I had with these 3 people one evening and I just started laughing out loud at the remembrance of it until God opened my eyes to something, and I pray your eyes are open as well.

I went with a group of people as it was an educational/leisure trip. I love these kinds of travel as you don’t even know what to expect in terms of the kinds of people you would meet, but hey! I signed up for this adventure so I was ready for whatever came my way by the grace of God.

One evening, 4 of us sat at the balcony of a restaurant, sipping on some mocktails while the man with us was having a beer. The other 2 ladies there had become quite acquainted with themselves and could be seen together almost the entire trip.

One of them was engaged and the other was single. The guy with the beer was married. He was the only married one in the bunch. So we got talking about different things as you would expect when you sit with people who you’re not very acquainted with, but at the same time, not complete strangers to. While at it, the unmarried one of the friends asked the married guy how he knew his wife was the one as it was quite impressive that they had been married 9 years. He got into this whole story of how they had both found themselves when they were both at lows in life, emotionally, mentally and financially and somehow the friendship they found in themselves was the only thing they both began to live for and so after that season had passed, they decided they wanted to spend the rest of their lives together.

Cute yea?… (If you know me well, you already know that I sat there cringing.)

After his story, he asked the engaged female amongst us how long she had been engaged and she said 7 years, then he let out this funny whistle that suggested he had so much more to say but would not say it. But what he wanted to achieve was accomplished, the girl was now curious and probing him on why he made that gesture.

After some minutes of coaxing, with me even joining in to beg, just so we kept the conversation flowing and so there was no awkward silences, he finally gave in and asked her; “Do you think he really loves you?”.

At this point, her curiosity had heightened and as you would expect, she was sitting straighter up, her facade with a more attentive look and we all could tell the atmosphere had changed. I sat there thinking ‘may this man not end a 7 years engagement this night‘.

So yes, she asked him why he asked that question and what the correlation was to her answer of them dating 7 years, especially as they were now both working and by all standards, comfortable enough to actually get married.

He said to her that ‘if her fiance really loved her, he should have married her by now’. This was my queue to stand up and leave to be honest but I don’t know what kept my feet planted there, but yes, it was getting very uncomfortable.

She gets quite defensive, explaining how it is both their decision not to have got married by now and how they’re happy with how things have progressed, and honestly, I believed her.

Any human being should have known that you end this conversation there, but no, not this guy. He laid out some thoughts i’d like to consider ‘Guy codes’ of how a guy thinks about a lady he loves in his head and how, when the man in question is comfortable enough, makes it his sole goal to finally make her ‘all his‘.

At this point, he was literally messing with this ladies emotions and while I wanted to cut in and attempt changing the topic, I realised they were both now vested and wanted to get to the bottom of it, so I sat it out, taking in larger sips of my mocktail and praying to God for a worthy interruption that would end it.

Sadly, they stayed at it till the end and as expected, that conversation did not end very nicely.

Today, while reminiscing on it, I thought that while some of what He said held some levels of truth, it was dangerous to suggest that her fiance had not married her yet because he didn’t really love her, this guy interprets a delay of a man marrying the woman he says he loves as not enough love. (i’ll allow the guys decide how true this is).

Remember we’re the bride of Christ? The bible speaks about the Bridegroom returning to take His bride home.

That Jesus has not returned to take us home despite the prolonged promise does not suggest in any way that He loves us any less. We’ll understand as we grow in faith that His desire is that ALL, as many people as possible be saved before His return to take us home and so rather than get impatient and even angry at the prolonged stay here, we know that we could even facilitate it by ensuring that we are giving Jesus to everyone we come across as the Spirit of God helps us.

I know we hear it often that Jesus is coming back soon, but i’m here to say it another way if that awakens you more to its reality. YOUR HUSBAND IS COMING FOR YOU SOON, His love for us has not diminished with time, no matter how long we’ve been engaged for. Let’s stay excited, but even more, ready!

2 thoughts on “Here comes the Groom!”