A couple of days ago, I came out of my room and went to the bathroom door, on arrival, I saw the lights on and realised my brother must have been inside so I started knocking. When He responded, I told him He needed to come out because I had to have a bath. He said okay, but I stood there still knocking, rushing him out so I could have a bath.

With how incessant my knocking was, He shouted that I needed to give him a few minutes and He’d be out, so I stood right there at the door, waiting for him to come out.

A couple of minutes later, He opens the door and tells me “Okay, enter and shower” and he stood in this dramatic way waiting for me to pass him and shut the door. It took me about 10 seconds to realise what was going on.

I stood at that door, fully dressed with even socks, my phone in hand and earplugs in ear and I did not have my towel or toothbrush in hand, and I was out there hurrying him out when I was not even ready to go in.

So being dramatic as he can be, he stood there saying “you must enter now and shower , I’ve come out now, so enter and have you bath”.

Obviously I could not do that because I had to go back to my room to actually prepare for a shower and then come back to the bathroom, hopefully more prepared for a person that seemed so in a hurry to shower just 5 minutes ago.

I made my walk of shame back to my room, dropped my phone, dropped the ear plugs, picked up my towel and toothbrush and felt so convicted that I had to sit on my bed for a bit. The Holy Spirit did not even spare me, He came full force and said ‘wow Rubie’. To be honest, I was also wowed at myself and at the lesson the Holy Spirit was opening me up to in just those few minutes of getting prepared to have a shower.

He said that’s how most Christians are when they’re praying. Unprepared for what it is they are asking, but we stand there by the door shouting to God to ‘Open it’, ‘Bring it’, ‘take it’, ‘stop it’, ‘start it’ or even ‘allow it’. Thank God that God is not my brother, because rather than Him coming out and making you realise your folly, God stays there with you trying to get you to understand that ‘you’re not ready’ and unprepared for what you’re asking for, but because we’re too drowned in our own voices of plea and request, we can’t even hear Him telling us the preparation we need to go and make.

I previously wrote on how God takes prepared people to prepared places and this was another reminder that God will never give us anything that will destroy us or take us to places where His hand is not, and so when we stand praying, we need to ensure that on our side, we’ve done all that needs to be done, not wait until when God finally opens a door we’ve been crying all year about and then we realise that we were never as prepared as we thought we were.

God wants the very best for us, He’ll even lead us to the very best, but not at the expense of our soul and our growth with Him. God wants someone to take a step back from the door and prepare. He wants you to go back and drop all the baggage and pick up all the essentials needed for the place you’re going, if not, that blessing will catch you unaware and you’ll contribute to the delay.

In my prayer these days, right after praying for something, I ask God to also reveal to me what I need to do or have in order to fully cater for where i’m going and what’s coming into my hands, and I tell God, ‘until Rubie is ready, don’t release it’.

Let’s prepare for all we’re asking for. 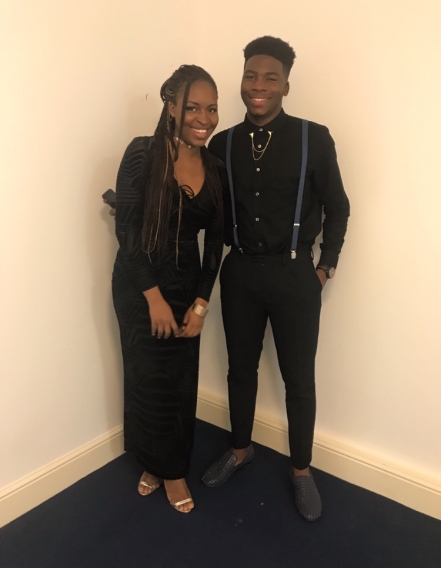